I am a developer with a background in .NET. I work mostly on Windows (sometimes I work on MAC but not often). I have used MAC as the main development environment for the last six months and honestly, I like working on MAC much more than Windows and one of the reasons is that MACs terminal is really powerful and it is even cooler when you use ZSH (I will talk about this in another post).

Now I’m using Windows to write this post, just because I’m working on a project that uses .NET technology. (Unfortunately, I don’t use Visual Studio for MAC at all.)

When using a MAC I have some alias (or functions) to speed my development process.

For example, when using GIT I usually update master branch then merge code from the master branch back to a feature branch. In MAC I only type 1 command:

In the code block below the gup command is a function that was added in ~/.bash_profile and it looks like below:

When switching back to Windows development I felt uncomfortable like missing my pocket knife.

The PowerShell profile basically is a .ps1 file which will be loaded every time you open a PowerShell engine. There are serval profile files and based on your needs you can choose what profile file you want to add to your utility scripts.

For example, PowerShell.exe in a host and PowerShell in the Visual Studio Code (VSCode) is a different one.

Below are some utility functions that I’m using:

I’m a lazy developer so I need to reduce some repeated task and PowerShell profile is one of the most useful tools.

If you have used PowerShell profile or PowerShell script file to speed up your development process, please share your utility functions in the comment below.

P.s: the banner of this post I borrowed from https://medium.com/@jsrice7391/using-vsts-for-your-companys-private-powershell-library-e333b15d58c8 😉 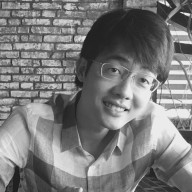 I am a developer, father of a little princess. I have a big passion for programming and design software architecture.

This site uses Akismet to reduce spam. Learn how your comment data is processed.